Weddings today can be lavish and expensive affairs but young couples in earlier times did not have the money to spend lavishly and this is well illustrated in an article which appeared in The Leven Advertiser and Wemyss Gazette newspaper, dated 3rd February 1909. What follows, extracted in unedited form from the newspaper, gives a description of village life and, in particular, how weddings were conducted in the Fife mining village of Halbeath, during the mid 1860’s.

“There is perhaps no hamlet in the county which clings more firmly to old customs than Halbeath. The village consists of the “Long Row”, as it is called, and a series of red-roofed short rows. People who want to study the manners and customs and activities of village life must go to the “Long Row”, which sits on the crest of a ridge on which the “Queen” pit was sunk shortly after the crowning of Queen Victoria. I can remember the time when the whole of the output of this great pit, which was one of the pits under the charge of Mr Charles Carlow’s late father, was drawn in waggons by horses to the Ness beyond Inverkething, a distance of four miles, and from the little port was shipped to the Baltic and other parts. In the busy summer shipping season the villagers were kept awake at night by the “roar” of rumbling waggons, the clatter of horses’ hooves, and the crack of the driver’s whip.
Even at busy times there was now and again a suspension of labour, and young and old congregated in the “Long Row”. While the older men leant on the palings and water barrels in front of the houses, and the young lingered round a certain doorway, all suddenly became excitement, and out came a marriage party, the bridesmaid hanging on the arm of the bridegroom. The bride and “best man” formed the second couple, and then came the innumerable couples who had been invited to the wedding. In fair or foul weather the company marched in procession order to Crossgates or to Dunfermline, one and a half or three miles, to a manse where the knot was tied. Headed by “Jude” the village fiddler, the marriage company trudged home in procession order. “Jude” played his merriest of tunes, and when passing Water Head or the Ha’ on the way from Crossgates, the company had to run the gauntlet of a fusillade of old “bauchels” or some kind of cast off shoe leather. In the return journey the bridegroom and bride led the way, the best man and bridesmaid being relegated to second position and at the “Plantin’” near the top of the “’Cline brae” the wedding party were met by the whole village, and three pistols were fired, “peeoys” set off, and aprons, which did duty as banners, unfurled.
The marriage feast was invariably set in the house of the newly married pair and as the bride entered her “ain hoose” her mother-in-law broke a cake of shortbread over her head. The broken cake was held to be a perquisite of the children who surrounded the doorway. If the men hung about long enough they had their patience rewarded sometimes through the good offices of the “best man” with a “wee drop” to keep the cold out. The height of ambition of the bride of these days was a black silk gown, a Paisley plaid and a white bonnet and the plainness of the skirt of the gowns was made up by the width necessitated by crinolines”. 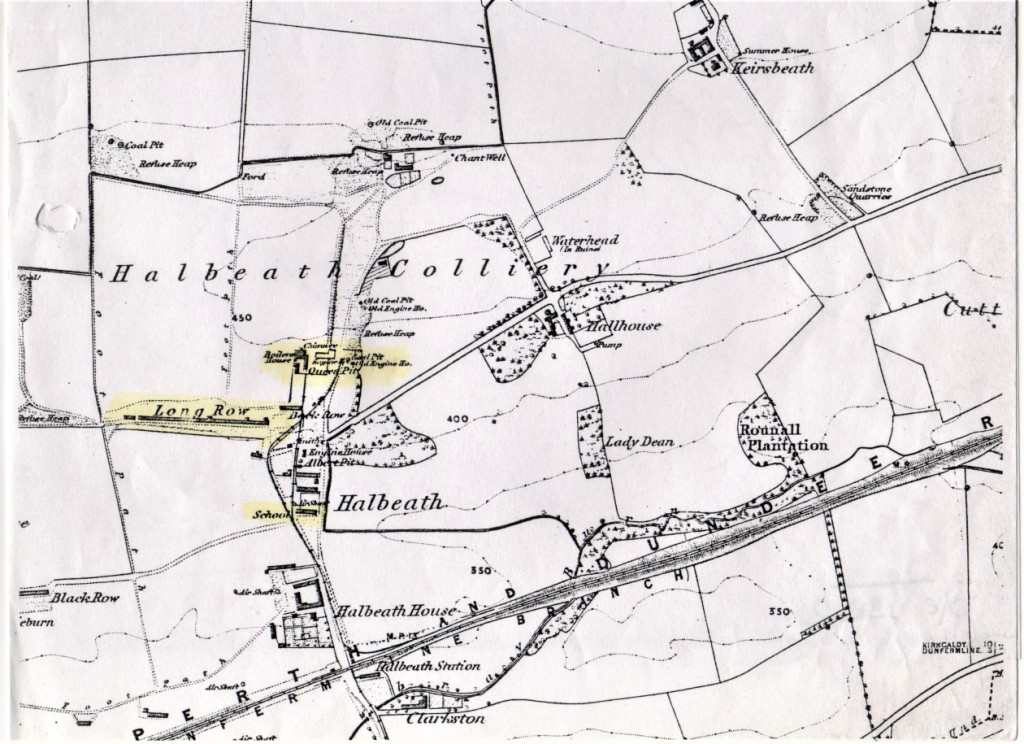 There is no doubt the celebration of weddings in Halbeath during the 1860’s bear no similarity to those of today. A modern bride who sat for some time having her hair perfected, would be horrified if her mother-in-law attempted to break a cake of shortbread over her head, especially if the pieces were to be distributed to the local laddies. Is it possible the more recent habit of throwing pennies in the direction of bairns who might have gathered to see the bride – or groom – leave home for the wedding, might have origins in the shortbread tradition? As for the throwing of bauchles (these are old down at heel shoes or slippers thrown to wish the couple luck!), this might nowadays be reflected in the throwing of confetti although most, if not all, would surely prefer the latter being flung in their direction. Today a fireworks display can be the culmination of a wedding celebration, so perhaps this has developed from the “peeoys” which were set off with the arrival in the village of the bridal party – “peeoys” being a form of early firework, made from damp gunpowder. The firing of not one but three pistols is a mystery but there is no doubt, due to all these explosions, a Halbeath wedding would be celebrated with a bang!
The road which the bridal party walked from Halbeath to Crossgates is not named in the article but there is little doubt it is known today as Netherbeath Road. Evidence this is so can be found on examination of the attached 1855 Ordnance Survey map which shows a derelict property situated on the north side of Netherbeath Road named Waterhead, this being the place where the bauchles were flung at the bridal party. The newspaper article also mentions the Ha’ as being part of the route taken and again referring to the OS map, it will be noted there is another property in the same area named Hallhouse. Keeping in mind Ha’, when pronounced “haw”, is a shortened version of Hall, it is possible the area was known to the villagers by this abbreviation of the name Hallhouse. It should also be noted there are those who still refer to Netherbeath Road as the Ha’ Road – myself included. 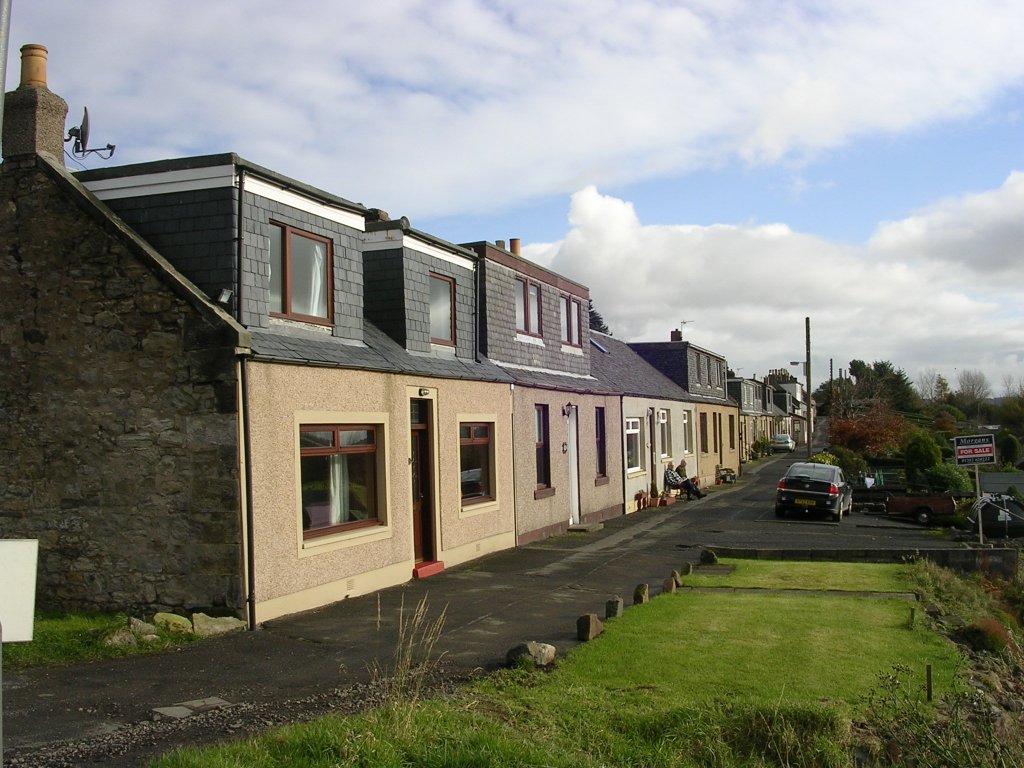 The “Long Row” still exists in Halbeath, being situated on the west side of the Halbeath to Kingseat road, on the northernmost edge of the village. The “Queen” pit referred to in the newspaper article closed during November 1876 (see page 238 of “Mining in the Crossgates Area of West Fife” by T.F. Hunter). The location of the “Plantin” and the “Cline brae” are unknown. As for “Jude” the fiddler, unfortunately his identity has been lost in the mists of time, as has the identity of the person who wrote the newspaper article.