A native of Kirkcaldy, who spent his early years in the West of Scotland, Michael Tod came to Dunfermline around 1870. Shortly thereafter, in April 1872, he formed a partnership with Alexander Bennett, founding the firm of Tod and Bennett, Millwrights & Engineers, with premises in Foundry Street. It is likely that Messrs Tod and Bennett chose the Foundry Street location because of its close proximity to the Dunfermline Foundry where much of the raw engineering material would be cast.

In June 1876, the partnership was dissolved and both men set up millwright/engineering businesses on their own.   Mr Tod set up Devon Works, Campbell Street, Dunfermline, where he concentrated on mechanical engineering. By that time Michael’s son, John, had joined the business, which was thereafter known as Michael Tod & Son.    John had served an engineering apprenticeship with Alex More & Son in Glasgow.   A reference given by Messrs More in 1870 indicated that John had served 3 years in the pattern shop and 2 years as a fitter. 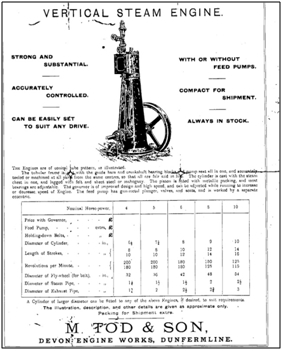 In the early days the Tod enterprise built all types of engineering equipment for mills, mines and bleach-works in the area, including steam winding engines, haulages, and pumping and screening machinery for the collieries of the Fife Coal Company and for many of the collieries in the Lothians area. On the death of his father in 1894, John Tod took control of the business which was greatly developed under his charge. In addition to mining machinery, the firm became specialists in textile machinery with John Tod being the author of a number of patents relating to this side of the business. Many of the machines which were to gain the firm a country-wide reputation were designed by John Tod.  The Tod yarn softening and finishing machine was initially supplied to Dunfermline linen mills but was also in demand by firms throughout Scotland and Ireland. Such was its success it was soon being exported to Europe, North America, Japan, China and India.   Interestingly, the last job carried out by Messrs Tod, prior to closure in 1960, was an order for one of these machines from a Bulgarian company. Although devoting most of his time to his engineering business, John Tod was keenly interested in municipal and other public affairs. For a time he was one of the representatives of the First Ward in Dunfermline Town Council; he was an active member of Dunfermline Chamber of Commerce; and a prominent member of the Ancient Society of Gardeners, of which he was Chancellor, an office later held by his son, James.

In 1897, in collaboration with George Kay & Sons, Coachbuilders, of Inglis Street, Dunfermline, the firm experimented in motor car construction and built the ‘Tod Three Wheeler’ to the specification of a Glasgow engineer.   The car had two forward facing seats and two rear facing.   It had tiller steering and, according to the under-noted photograph, not much in the way of brakes, although the ‘motoring press’ of the time reported on it as being ahead of its time as it had pneumatic tyres and was capable of achieving 30 mph, a speed well in excess of what was permitted at that time.   The car apparently attracted much attention when it was exhibited at an exhibition in the Drill Hall in Bruce Street, Dunfermline.   For unknown reasons only one car was built and this at a time when motoring was very much in its infancy.   Perhaps the decision not to go into full-scale car production was a wise one as many of the small companies who did venture down this path around the turn of the century soon came to financial grief. 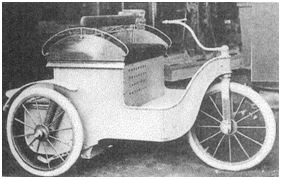 Another noteworthy example of John Tod’s engineering skill was a device for the production of coal oil, which, whilst at the experimental stage in the early 1930s, was favourably reported upon by the heads of the Royal Navy, where it had been subjected to practical tests.  John Tod died in 1937, aged 87 years, having the previous day attended to business at his Devon Works. During his life-time he had undoubtedly driven the business forward with his inventive mind and a high level of engineering and business acumen.

Following John’s death the business was turned into a limited liability company with his elder son James becoming managing director and younger son John, a director. James had served an engineering apprenticeship with his father and continued to work for the firm throughout his lifetime. John had also served an engineering apprenticeship at Devon Works but, at the outbreak of the First World War, he left the family business to serve his country with the Scots Guards. He was wounded in action in France before transferring to the Royal Artillery. His skills as an engineer were not lost on the War Department however, as in May 1916, John was seconded to The National Projectile Factory at Cathcart in Glasgow, where he was a sectional foreman. In January 1918, he attended the Ordnance College, Woolwich, where he undertook a Modified Armament Artificer’s Course, working on the development of the 6 inch and 8 inch Howitzers.   At the end of the war John entered the Merchant Navy, serving with the Blue Star Line and sailing on 10th May 1919, as 5th engineer aboard SS Broadmead, on a voyage from the Port of London to China.   Some two years later John was back on dry land and working as a charge-hand fitter and turner, and general works engineer with St George’s Engineers Ltd., based at Hulme Hall Road, Hulme, Manchester. It appears that around 1925, John returned to Devon Works, where he remained until his death in 1959. 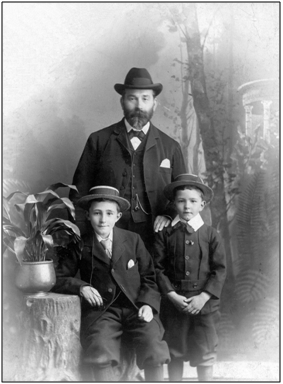 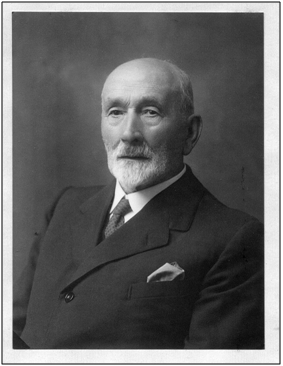 A fourth generation of the Tod family, in the form of John Michael Rintoul Tod (known as Rennie), the elder son of John Michael Tod, joined Devon Works as an apprentice engineer in January 1929.   He worked there until 1938, at which time he joined the merchant navy, serving with various shipping lines for the next ten years and progressing from the position of 7th engineer to 3rd engineer, in full charge of watch on main engines, boilers and auxiliary equipment on board the City of Calcutta.   During his time at sea during the Second World War, Rennie was also heavily involved with the North Atlantic convoys.

Henry Hoey, who served an engineering apprenticeship at Devon Works from 1951 to 1956, recalled that Jimmy and John Tod ran the operation at that time.  John’s son, Rennie, also worked there whilst John’s younger son, James (Sandy), attended Dollar Academy.   In addition there were three tradesmen engineers and three or four apprentices there at that time.   Stuart Bowman, from Aberdour, was a first-class turner, who travelled to and from his work on a 1935 Sunbeam motor-cycle.  Another turner was Gordon Horne.   Donald Campbell, who came from the Hill Street area of Dunfermline, was a fitter who later worked for Hill’s Laundry.   In addition to Henry, other apprentices of that time were David Gibson, Charlie Scott and Eddie Gairns. 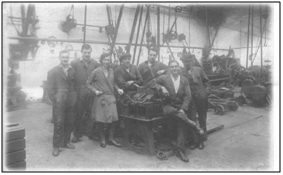 Tod’s Workshop c.1938 with Rennie Tod and Stuart Bowman (2nd and 4th from the left). In the background to the right can be seen the flywheel of the oil engine used to drive the overhead pulley system.

The Devon Works, at that time, comprised a large workshop containing belt driven lathes, planers, grinders, and other engineering machinery. There was only one lathe with its own electric motor.   In effect, even for that time, the workshop equipment was fairly old-fashioned.   Never-the-less,  Henry stated that there always seemed to be a demand for Tod’s products and expertise, having regular customers such as Kilbagie Paper Mill, Balfour of Leven, Rosyth Quarry, and Lochside Brickworks.   In addition they carried out annual overhaul work at Elder’s Mill and Harriebrae Mill in Dunfermline, along with inspection work on behalf of insurance companies.

Henry also recalled that around 1953-54 Tod contributed to Government Re-armament Programme, making wheel hubs for Ministry of Defence motor lorries. He also remembered being involved in the manufacture of yarn softening machines for customers in India. As an apprentice, Henry was paid fortnightly, at a rate which was roughly half that paid to Rosyth Dockyard or National Coal Board apprentices.   Perhaps not surprisingly he left Tod for the Coal Board at the end of his apprenticeship.

Michael Tod’s great-grandson, James Alexander Tod (Sandy) – son of John Michael Tod – carried on the family engineering tradition, but not with the family firm.  Sandy studied engineering at Leeds University before going on to a life-time vocation in civil engineering. Sandy recounted, in 2011, how, as a youngster he would accompany his father on his Sunday walk around the Dunfermline, the highlight of which was when they called into Devon Works.   It was a time when Sandy could take off on his own and explore around the machinery, the pattern shop and the drawing office.  He found it a magical place, especially when his father turned on the machinery which produced a deafening clatter from the overhead shafts and belt drives.  The works had been electrified shortly after the Second World War and it was electric motors that ran the pulleys and drove the shafts.   Prior to that, the source of power had been a long stroke oil engine which by then lay silent in a corner, a fall-back in case the electricity failed. Sandy said that his father was pleased that his son found it all so interesting but he was never encouraged to go into the business – it had probably been decided in the family some time back that the business would be wound up eventually.

James Tod died in 1956 and brother John in 1959.   They were succeeded for a short time in the business by Rennie Tod, son of John and great-grandson of the founder. Sadly, an article in the Dunfermline Press of 9th January, 1960, announced that the firm would close at the end of February, that year. Rennie Tod stated that of a work-force of eight engineers and apprentices, six had found alternative employment. A notice in the Edinburgh Gazette of 20th May, 1960, announced that on 17th May, 1960, at an Extraordinary General Meeting of the Company of Michael Tod & Son Ltd., held at 30 Queen Anne Street, Dunfermline, a special resolution was passed that the company would be voluntarily wound up on that date, the liquidator being David Kenion Wilson, Chartered Accountant, 30 Queen Anne Street.  Sandy Fairbairn recalls attending the auction following the closure in 1960, at which time the Tod Three-wheeler was still on the premises but was broken up when it didn’t sell at the sale.  Apparently the engine was donated to the Glasgow Transport Museum.

The Devon Works premises were sold to Messrs Farrell and Moir, Motor Engineers, who moved there from existing premises in Market Street.   Farrell and Moir would subsequently move to much larger premises at the former Winterthur Silk Mill in Bruce Street. Following the demise of Tod’s engineering business Rennie Tod became the owner of The Fruit Bazaar, located for a number of years at the junction of Carnegie Street and Chapel Street, Dunfermline.  He also owned another shop at Jigburn, in the Baldridgeburn area of the town.

Sandy Tod stated that he had often wondered whether, with a bit more entrepreneurial spirit, Tod’s might have been ‘reborn’.   If it could have been kept going for another decade or so North Sea Oil might have brought in business for a small firm with a good name and a wide range of skills to offer.