Burns and the Abbey’s Black Stool 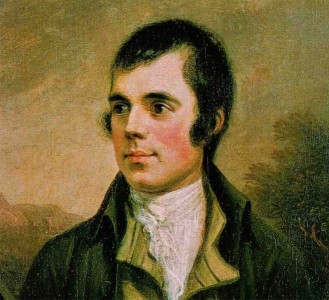 that Robert Burns once rebuked his friend on the Abbey`s Black Stool?

The Ministers and Elders of the various Kirk Sessions of The Church of Scotland were hot on immorality and their answer to fornication outside marriage was to rebuke the offenders on the `black stool` before the Congregation on the Sabbath, as many times as deemed necessary to bring about repentance.  For some intransigent individuals this might mean Sunday after humiliating Sunday.

We all know that Robert Burns liked the ladies and it is on record that he had to appear before the congregation in his native Ayrshire on more than one occasion.

According to biographical accounts, in 1787 when Burns was 28, he visited Dunfermline with a friend and, patriot that he was, when shown Bruce`s grave in the Old Kirk he knelt down and kissed the stone.  Then Burns got his friend to mount the black stool and, having climbed into the pulpit opposite, he harangued him in the way that he remembered from his wild West Coast youth. 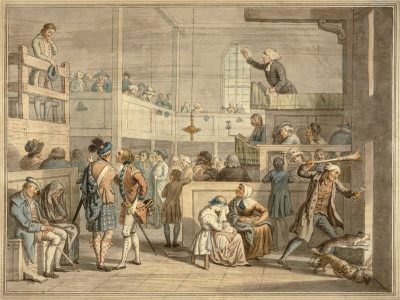 The Black Stool by David Allan

Above there is a painting by David Allan, supposedly  (according to Henderson in his Annals, p. 517)`representing a real occasion of this sort as it took place in this Church in the time of the Erskines`.
(Given that Allan was not born when Ralph Erskine seceded from the Abbey, `representation` is the right word!)

But on the question of moral backsliding, how times have changed!