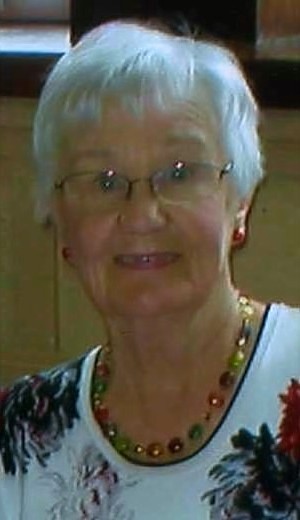 Whilst researching my article ‘The Lost Village of Lassodie’, I had the pleasure of meeting a lady named Peggy Crawford, who had spent her childhood there. She was born in 1933 at 92 Fairfield, Lassodie.  The family remained there for a few years before moving to number  95 Fairfield.    Her father was a coal miner who worked in one of the Lassodie pits, but on the closure of these pits he later found work at others including Kingseat Colliery, Blairenbathie Colliery and finally the Lindsay Colliery at Kelty.   Coal mining is a dangerous business and Peggy was able to tell me her grandfather – George Whitelaw – was killed, due to an underground roof fall, on 25th November, 1929 at Number 4 Pit, Lassodie Colliery.   At the time of his death he was residing at 93 Fairfield, Lassodie – an example of how, in those days, families lived much closer together – unlike today.

To say the least, life was basic during Peggy’s childhood days.   The houses were single storied, comprising two rooms, a living room, which doubled as a kitchen, and a ‘back’ room.   Each room was fitted with a recessed bed, her parents in the kitchen, whilst Peggy slept in the other with her brothers.   There was no running water in the Fairfield houses, this being fetched from an outside water well with each household having a key to unlock the well when water was required.   The well was made of metal and there was a spout, in the shape of a lion’s head on top, from which the water poured.   For bathing purposes, water was heated in an outside coal fired boiler – the one her mother used for clothes washing – carried into the house in pails and then poured into a zinc bath which was placed in front of the fire.   Peggy remembers her father having his bath in this manner after returning home from work. 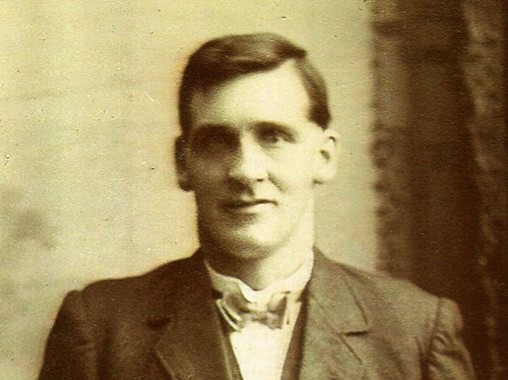 There being no kitchen sink available to the family, for every day washing two pails were used, one for ‘clean water’ and the other for ‘dirty water.’   Water from the ‘clean water’ pail was poured into a basin and, after washing hands and face, this water was then emptied into the ‘dirty water’ pail. This was then poured into the drain on the roadway outside the house.   In addition to no running water, there was no gas or electricity available, the light being provided by paraffin lamps.   Peggy says that due to the lack of electricity, the only radio in the house was battery powered.   This was provided by an accumulator battery which had to be frequently placed on charge at the village Co-operative shop.   Cooking was done on the house fire by her mother in an oven next to the fire.   No inside toilet was provided, this being situated in a little building at the rear of the house and was of course of the ‘dry’ nature.   Peggy remembers one of her jobs was to scrub the wooden toilet seat with a scrubbing brush – until it was almost white!   There was no toilet paper as we know it today; newspaper was torn into squares which were threaded onto a piece of string and hung on a nail inside the toilet.

Peggy began her schooldays at Lassodie Public School.   Opened during 1877, the school was intended for a roll of around 250 children taught by eight teachers, but Peggy told me that, by the time she enrolled, there was only one class of around twelve pupils, whose ages ranged from five to eleven. These included her two brothers, one older than her and the other younger.  The teacher was named Mrs Baxter who taught the children at whatever level they had reached either by age or ability– no mean feat on the teacher’s part.   Peggy recalls using slates and slate pencils instead of jotters during her early school days and, there being no school meals provided, she returned home each lunchtime.   She was about nine years old when Mrs Baxter retired, at which time the school closed with Peggy and her fellow pupils continuing their education at Kelty Public School. 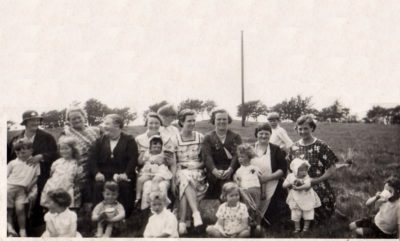 A Lassodie picnic/gala – Peggy’s mother is the adult, fourth from left with Peggy, aged around two years, on her knee

Out of school, Peggy and her friends were able to enjoy the freedom of the surrounding countryside with nothing more than a bottle of water and a “piece”, which provided the necessary sustenance for an entire day.   The children wandered the fields and hedgerows and Peggy admits that, when they found the nest of a peewit or duck, they would take the occasional egg – although she said she never took all the eggs from a nest!   Peewit (lapwing) eggs were a popular find and considered a delicacy so she took them home, cooked and ate them!   Duck eggs were, of course, disposed of in a similar manner.   The nearby Loch Fitty was also an attraction to Peggy and her friends and she recalls her brothers fishing there, catching the occasional trout.   This was to the advantage of Peggy’s family as every fish caught and peewit or duck egg plundered added to the food supply for the household.

A playpark, situated behind the Co-operative shop in Fairfield was a popular meeting place, having been equipped with three swings. But they also enjoyed various pit bings where the children sat on pieces of corrugated iron which were then used as sledges to slide from top to bottom.   Fortunately for the bairns, by the time they used these bings as a playground, the pits were closed.   Peggy also recalls the mothers joining in with their children when skipping ropes were in use in the street and, whilst the mothers were playing with the bairns, the fathers, including her father, would be enjoying a game of quoits.

An equally attractive play place was, as described by Peggy – “the hot water burn.”   This was a burn which flowed to the south of Lassodie, which ran with warm water. She could not give the reason for the water temperature except to suggest it originated in one of the pits.  Peggy says she and the other children did not paddle in the “hot burn”, contenting themselves by swinging across it on a rope tied to an overhanging branch of a tree.   Other games played, usually on the roadway – no danger from traffic in those days – were marbles and a game she named as “Kick the Can” – a form of Hide and Seek.

Peggy remembers that the roadway through the three hamlets which made up the village was unsurfaced, lacked street lighting and was pitted with pot holes.   There was no bus service to Lassodie, this being available at the “road end” meaning the junction of the roadway running south from the village and the Kingseat to Kelty road.   However, Kelty Co-operative Society provided two vans, one, a bakery van, was driven by Bob Rogers, whilst the other delivered items previously ordered from the shop.   There was a post office in New Rows which was situated in the front room of one of the houses, the attraction for Peggy and her friends being the fact the post office also sold sweeties, which made it a popular wee place to visit!   The only other shops Peggy remembers were the previously mentioned Kelty Co-operative shop and a chip shop which operated out of a wooden hut and was open for business seven days a week.   Milk supplies were obtained from Jimmy Taylor, whose farm was situated at the “road end”, as was another wee sweetie shop presided over by Mrs Beaton.   This lady sold cinnamon sticks – at a penny each – and Peggy admits she and her friends would purchase a few – then smoke them like cigarettes!   Peggy says after that experience she decided to become – and still is – a non-smoker. 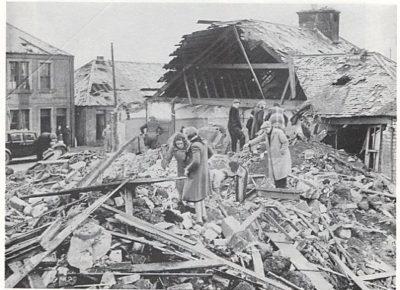 Peggy was only six years old at the outset of the Second World War and has few memories of its effect on Lassodie.   She does, however, recall the morning after German bombs fell on houses in the nearby village of Kingseat, finding pieces of shrapnel scattered on the village road, these probably resulting from anti-aircraft fire as opposed to the bombs exploding.   This incident occurred on the evening of Monday, 4th November, 1940 when one of the high explosive bombs fell on a row of miners’ cottages in Main Street, Kingseat, causing the death of one of the occupants, 71 year old retired coal miner, Thomas Pollock.   Air raid shelters were apparently not thought to be necessary for the villagers as she has no recollection of their existence saying at times of air raids people simply took shelter within their homes. 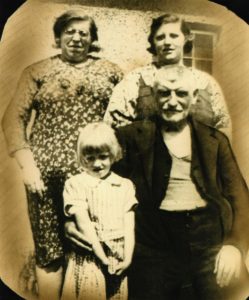 Thomas Pollock, with his daughter, grand-daughter and great grand-daughter. Taken in 1939 or 1940, probably outside the house destroyed by the bomb.
Thanks to John Flynn, Thomas’ great grand-son, for the photo.

Peggy left Lassodie when she was 12 years old and moved to Kelty with the rest of her family.   She was leaving a virtual ghost village but no doubt she, and perhaps more so her mother, found the move exciting, with facilities much improved.   After all, the family now had hot and cold water available in the new house, literally on tap, and, of course, the inside toilet, with a bath, was a vast improvement to the basic facilities available in the house they were leaving in Lassodie.   At the time of the move, a total of nine Lassodie families relocated to Kelty whilst a further eight took up residence in Halbeath.   Despite the move to Kelty, Peggy still found her way back to the area around  Lassodie, in particular Loch Fitty, and she recalls the winter of 1947 when she and her friends walked from Kelty to the loch where they enjoyed themselves sliding on the frozen surface – no Health and Safety concerns in those days.

Peggy is still living in Kelty and is very active in the local community but, whilst in conversation with her, I formed the view that she still allowed herself to be transported back to those early days in Lassodie, to a time when everything seemed so much simpler – basic undoubtedly – but nevertheless a time filled with simple pleasures.