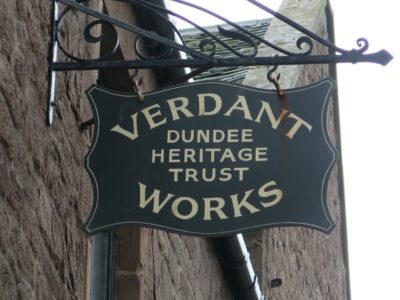 It was a bit “dreich” when we set off from the Glen Car Park for our short journey to Dundee.  Fortunately, by the time we reached the Verdant Works, the weather had improved.  We were given a short introductory talk and a tour of the Mill Office when we arrived and then left to explore the site for ourselves.  Having had an early start, many of us headed straight to the coffee shop for our caffeine injection, and I also had a delicious piece of Dundee cake.

When we arrived in the courtyard, it did not look as if the building was very extensive.  This was a false impression. Once we began to explore, we realised just how much there was to see.  A highlight of the visit had to be seeing smaller, working versions of the original machinery, especially if you were lucky enough to have Lily as your guide!

What a marvellous woman. She operated these machines from the time she left school and has been working as a guide since the opening of the museum in 1996 – she is now approaching 79 years of age.  She proudly shows you a badge she received for going on a course in communication, not that she needed any lessons in how to communicate!  What a wealth of stories and information she has at her fingertips.  When she was young, she lived with her father, mother and five siblings in a single room!  She demonstrated all the machines for us with such dexterity, explaining that all those who worked in the mills became deaf as a result of the noise – she herself wears hearing aids.  She showed us the sign language which they used to communicate with each other because they couldn’t make themselves heard above the noise.  And the way she could manipulate a pair of scissors, was a sight to behold.  We were told about the “kettle boilers” – the men who had to stay at home and look after the house and the children because it cost the mill owners less to employ women and young people.  Lily now lives in a top floor flat in a converted mill near the Verdant Works – no lift, just stairs, which she said with a laugh, meant that her sisters-in-law couldn’t visit them.  What a character! 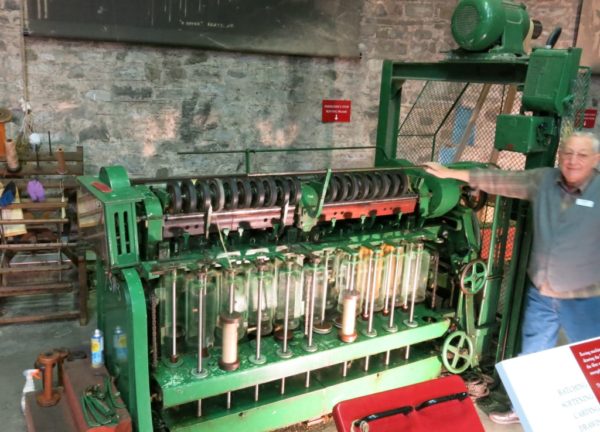 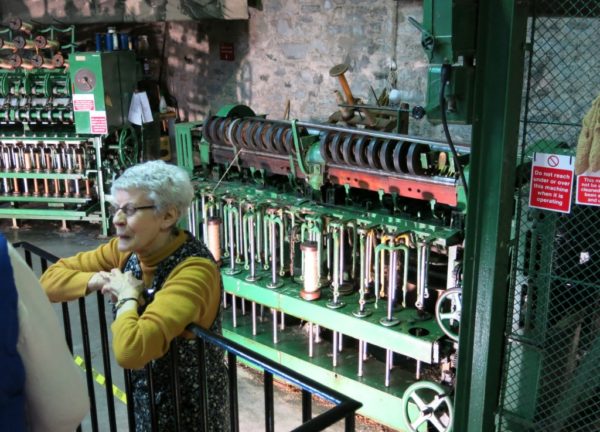 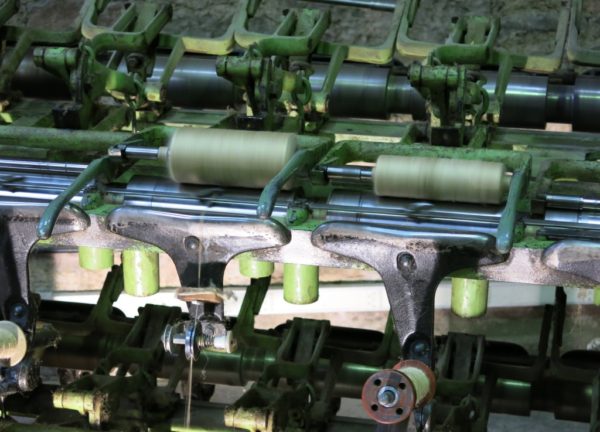 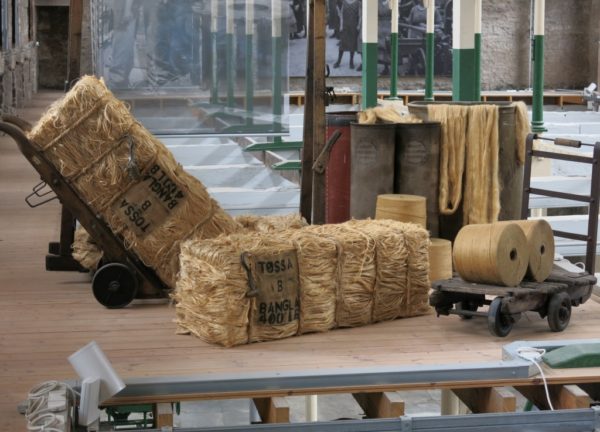 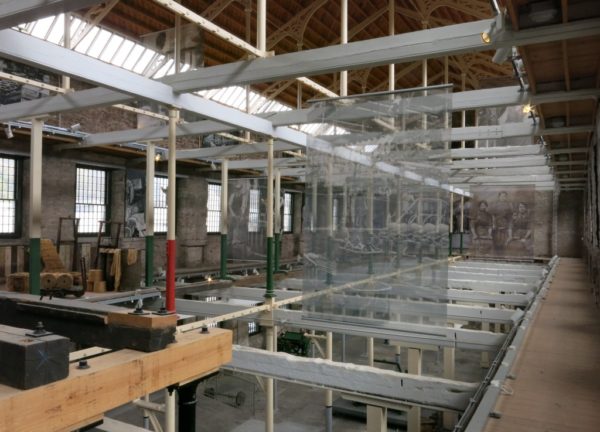 Other highlights are the working Boulton and Watt Steam Engine, the Red Box Activity Pod for children and the many displays and exhibitions describing Dundee’s industrial heritage.  We completed our trip to the Verdant Works with a delicious soup and sandwich lunch and then it was off to “Discovery.”

When you arrive at the Discovery Centre, the first thing you notice is Discovery herself with her wonderful, tall masts and she now has the magnificent backdrop of the new Victoria and Albert Museum.  The architecture may not be to everyone’s taste, but I think it is just wonderful and look forward to visiting it when it opens in September. 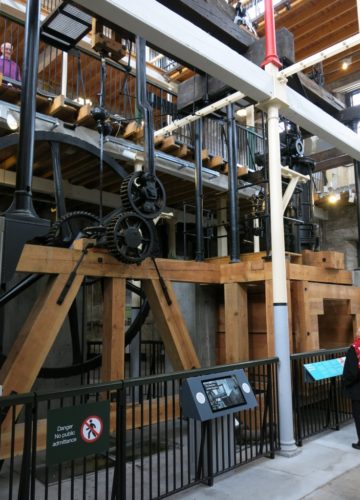 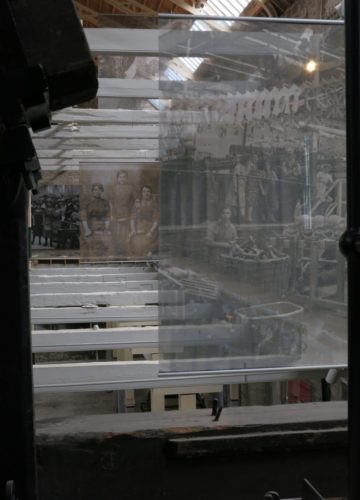 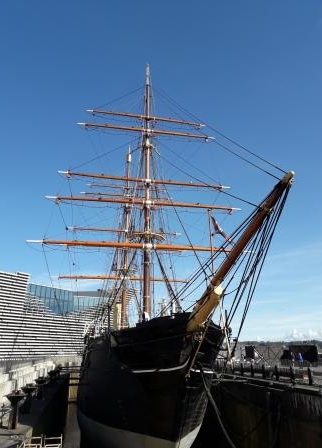 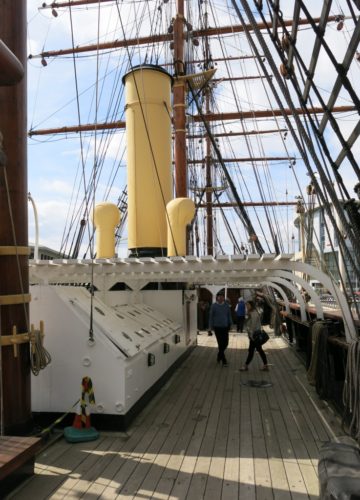 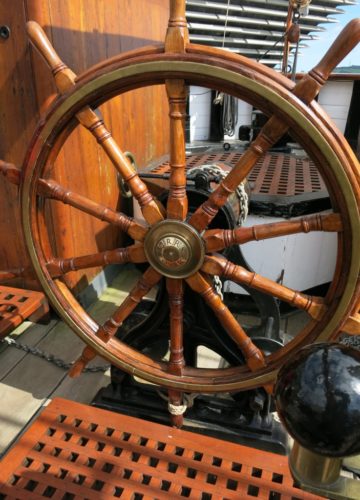 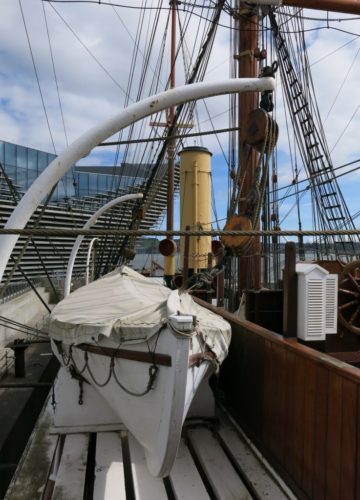 We were given a brief introductory talk and then set off to explore the exhibits.  As we moved from room to room, we were led through the commissioning, building and launching of Discovery (1901).  We then learned about the “fitting out” and about the supplies required for the Maiden Voyage to Antarctica, which set off on 15th August, 1901, led by Robert Falcon Scott.

In the room which simulates Antarctica, we found out just how cruel an environment it is and you actually felt cold, especially after watching the film beforehand when we were subjected to the icy blasts of air, helping us to understand just a little of what these intrepid explorers faced.  We were introduced to the experiments they carried out and I found it particularly moving listening to the extracts from Scott and Wilson’s diaries, knowing that they and others were going to die in this frozen land.  Lindsey wanted to know what happened to the ship’s cat, but I don’t think any of us managed to find out.

After the Antarctica Room, we were taken through the Discovery’s other incarnations, and there were many.  Here are just a few.  She was bought by the Hudson Bay Company in 1905 but went back to Antarctica with Scott in 1910, the tragic expedition when he and others lost their lives.  In 1923, she became a Royal Research Ship (RRS) and carried out several oceanographic expeditions.  From 1931 – 1979, she was a training ship for Sea Scouts in London.  She was returned to Dundee in 1986, in a very sorry state, restored, and then took up her permanent berth at Discovery Point in 1993. 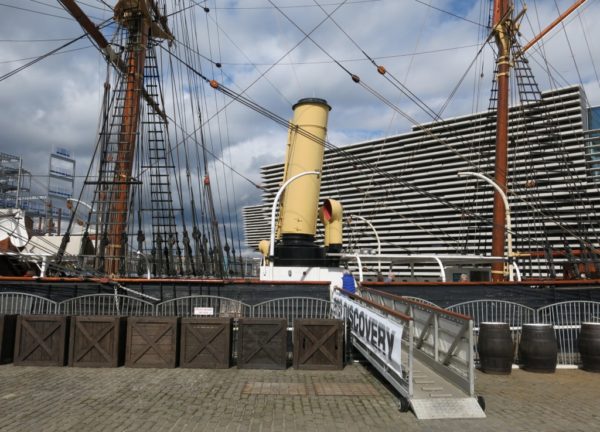 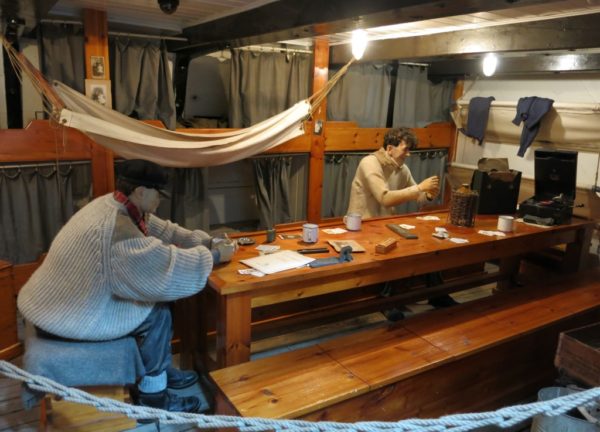 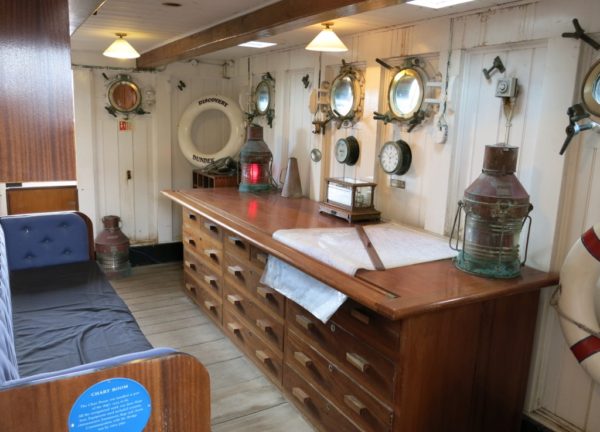 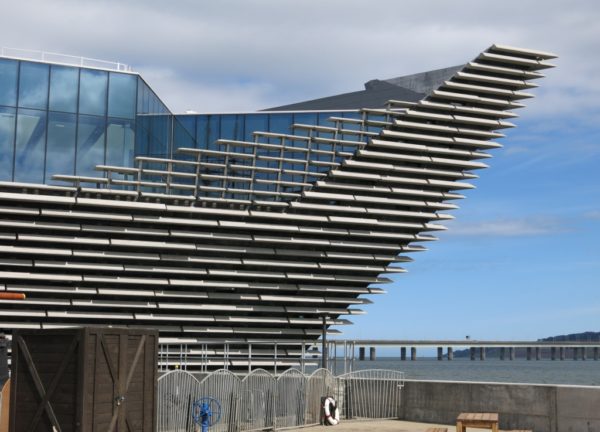 Then it was time to board the Discovery herself, again seeing the wonderful backdrop of the new V&A.  The magnificent masts, they are so tall and as I looked up, feeling dizzy, I found myself trying to imagine what it must have been like for the sailors who scaled them.  As someone with vertigo, the very thought of it terrifies me.  It was then down to the engine area and the magnetic zone, free from iron and steel so as not to interfere with the instruments.  This was followed by the galley, the sick room, crew’s quarters, boardroom and officer’s cabins.  If you had been in any doubt beforehand, seeing these cramped conditions left you in no doubt as to what a feat of endurance it must have been to spend months at a time, often in heavy seas, in these quarters.  They must have been a very special breed.

After a coffee, or hot chocolate in my case, in the cafe, it was back to the bus and Shaun the driver.  I have to say, we were very impressed by Shaun’s excellent driving and courteous manner.  All aboard and it was off to the Lomond Hills Hotel in Freuchie, where we had a delicious high tea.  Once again the Lomond Hills came up trumps.

I hope everyone enjoyed their day as much as I did, and now we look forward to our “Borders’ Raid” in June.

Thanks to Martin Tarr for the photography.