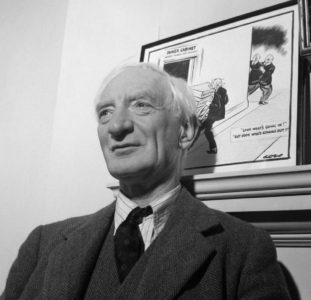 …about the Dunfermline links of the author of the Beveridge Report?

The Second World War brought many changes, not least in Britain`s health and welfare services, changes in which the name of William Beveridge looms large.

In 1941, William Beveridge was appointed chairman of a Government committee of investigation into Social Insurance & Allied Services, which presented its report in November1942.  The ethos behind the report was the banishment of the five `Evil Giants` of want, disease, ignorance, squalor & idleness and, from the outset, Beveridge insisted that the war provided the opportunity to make radical changes for the better, stating that `A revolutionary moment in the world`s history is a time for revolutions, not for patching`.

At the heart of the new system was the principle that working people would pay a weekly national insurance contribution and in return payments would be made to the sick, the unemployed retired or widowed.  A national health service was also envisaged – the population was to be protected `from the cradle to the grave`.  In 1945 Clement Attlee, Labour Prime Minister, announced the introduction of the radical changes outlined in the Beveridge Report and it is still considered the corner stone of the foundation of the modern Welfare State.

William Henry Beveridge was born in India in 1879 to Henry Beveridge and his wife Annette, nee Ackroyd, was schooled partly in England and partly in India, and went on to Oxford University, where he gained a double first in Mathematics and Classics.  He later studied law but then became a civil servant, rising to prominence before the Great War under the Liberals, advising David Lloyd George on old age pensions and national insurance.  During the War he was responsible for mobilisation and manpower, services for which he was knighted, and he went on to hold positions with the Board of Trade and the Ministry of Food.  In 1919 Beveridge became Director of the London School of Economics and Political Science, remaining until 1937.  In 1942 he married a colleague Janet Mair, OBE, mother of four and widow of his second cousin, David Beveridge Mair, a noted mathematician.

For William Beveridge`s Dunfermline links we have to look back to his great grand-parents David Beveridge (1770-1837) and his wife Margaret Thomson (1764-1839).  David Beveridge, a baker by trade, joined the Council as Deacon of the Baxters and then became Deacon Convener (representative of all eight trades or corporations) at the early age of 24.  He can be seen as the founder of the Dunfermline branch of the Beveridge family, many of whom would go on to find renown.

David and Margaret had six children, but it is the second son, Henry, grandfather of William Beveridge, and the fifth, Erskine, who are of particular interest for the purposes of this article.

Henry Beveridge (1799-1863) went to university in Glasgow and Belfast to train for the ministry but became a businessman, historian and author of several works including a three volume Comprehensive History of India. Despite his ability, Henry seems to have been something of a Micawberish character, who whittled away the fortune of his wife Jemima Watt (1785-1885), became bankrupt, and had to give up the estate of Inzievar west of Dunfermline, which he had obtained in better times. Although, Henry apparently `recovered nobly`, he and his family always lived from hand to mouth.

Henry and Jemima Beveridge had a family of three boys and two girls.  The two youngest children, Alexander and Henry (William`s father – 1837-1929) looked to India for their careers, Alexander as an army doctor and Henry in the Indian Civil Service.  Henry became a session judge, and in 1875 at the age of 38, married as his second wife Annette Susannah Akroyd, aged 32, a woman of character who had gone to India to set up a school for Indian girls. Of Henry and Annette`s four children only William and his sister Annette Jeanie lived to adulthood, and the couple were able to immerse themselves in their main interest, the study of, and writing about Indian history, society and language.

Henry maintained links with his relations, in or near Dunfermline, particularly his widowed mother, Jemima, who lived first of all in Culross and then in Torryburn, with Henry`s two sisters and brother David, a local councillor and historian.  He regularly sent money home and, when on furlough, took his mother and siblings on holiday.  While on furlough in 1883-4, Henry, Annette and their three young children lived at Keavil House, after which the couple returned to India leaving their children at school, although the family would be reunited in 1886.  In 1893 after 35 years` service Henry and Annette left India and made their home in the south of England, but Henry returned when he could to complete his research and writing.  Both Henry and Annette died in 1929.

Henry also maintained contact with what William Beveridge called the `rich Beveridges` that is Erskine Beveridge (1803-1864) and his family.  Erskine Beveridge began his working life as a draper but went onto found a power loom factory in Dunfermline in 1851 and became a wealthy linen manufacturer.  He married twice and had a large family of six daughters and five sons. 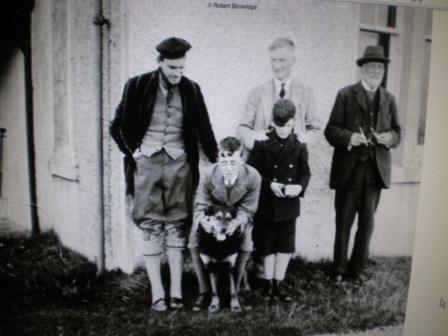 His youngest son, Erskine (1851-1920), was another remarkable man.  Not only did he continue the family`s manufacturing business but he was also an author, historian, archaeologist, traveller and photographer.

While living in London and Oxford, William Beveridge maintained the link with his Dunfermline relations, especially with his second cousin Erskine Beveridge junior.  In the summer of 1919, shortly after he had been appointed Director of the London School of Economics, William stayed with Erskine and his family at Taigh Mor, their substantial summer home on the Island of Vallay, North Uist, now sadly a ruin.  A year later, in August 1920, Sir William Beveridge, was listed as was one of the chief mourners and a pall bearer at cousin Erskine`s funeral at Holy Trinity Episcopal Church and his burial at Dunfermline Abbey.

Dunfermline in the 19th century seems to have been a breeding ground for notable families and the Beveridges are up there with the Carnegies, the Patons and other leading lights. William Beveridge, one of the most illustrious members of the family, became a household name through his famous report, but he never forgot his roots among the working people of Dunfermline.

Wanderings with a camera – the photographs of Erskine Beverige, 1909, by Lesley M. Ferguson of the Royal Commission of the Ancient and Historical Monuments of Scotland (RCAHMS).

India Called Them, 1947, by Lord Beveridge.  This biography of William Beveridge`s parents has been a major source of details about the Beveridge family.

Photo 2 By permission of Erskine’s grandsons Robert and Andrew.