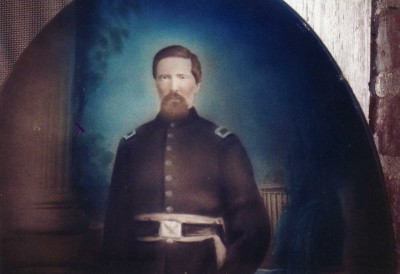 David Mortimer in his US Army Uniform

When we think about Glamis what comes to mind? Is it the beautiful castle, or is it the interesting Angus Folk Museum? Could it be its connections with Shakespeare’s Macbeth or more recently the Queen Mother? These are each in their own way interesting subjects of discussion but recently, whilst undertaking research into my own family history, I came across the story of a young Glamis man who had a very eventful life. He fought in the American Civil War, was an acquaintance of General George Armstrong Custer, forever remembered for his “Last Stand” at the Battle of the Little Bighorn and he was a friend of the famous “Wild Bill” Hickok. His name was David Mortimer.

David was born at Charleston, Glamis on 9th June 1837 to Samuel Mortimer and his wife Lillias Glenday. His parents were also born at Glamis and Samuel worked in the area as a stone mason. Little is known of the family circumstances at this time, but life must have been hard when it is considered Samuel and Lillias had eleven children born between 1829 and 1848. It is possible, due to these difficult conditions, David was not prepared to remain at home for the remainder of his life and by 1856 we find he has emigrated to America. He was later to be joined in that country by all but one of his siblings. An indication of conditions in Forfarshire (Angus) at this time is found by an examination of the 1861 Census which reveals whilst Lillias was at home in Glamis with three of her children, Samuel was working and living in Dundee. A family letter indicates he was working as a stone mason, reputedly at Baxter’s Mill.

Around this time, America was in turmoil and during 1861 this erupted into Civil War with north facing south, brother facing brother and friend facing friend. David felt it was his duty to assist the country of his adoption and on the outbreak of war enlisted in the Northern Army, at St Louis, Missouri. His movements during the early years of the war are unknown but it is on record that on 4th February 1863, he was promoted to the rank of 2nd Lieutenant, serving with ‘F’ Co., 6th Regiment, Missouri Infantry Volunteers, having previously held other minor promoted ranks.

One action David is known to have taken part in was the battle of Knoxville, Tennessee.   Due to its location, Knoxville was considered by both armies to be of strategic importance and by September 1863 it was under the control of the Northern Army, commanded by Major General Ambrose Burnside. Realizing this would jeopardise their future success, on 29th November the Confederate Army, under the command of Lieutenant General James Longstreet, attacked. The attack lasted about twenty minutes during which the Confederates suffered heavy losses and withdrew. The Northern Army casualties were light.

David was mustered out of the Army on 5th April 1864 having suffered a wound to the hand, which is believed to have occurred at the battle of Knoxville. However, the wound, which was slight, was probably not the reason David left the army as it should be kept in mind, during the Civil War, men enlisted for a set period of time and not for the duration of the war.

Prior to 1861, after much travelling around the country, David settled in Solomon Valley, near Delphos, Kansas, where he was one of the earliest settlers. After leaving the army he returned to the area having been granted 160 acres of farm land by the U.S. Government in recognition of his army service. However, he did not settle immediately to life on the farm and it is known he was, for a time, involved in work for the U.S. Government at Fort Harker, Kansas.

Sometime during 1866, David was joined by his brother James, who initially worked at Fort Harker as a blacksmith before taking up farming on an adjacent farm to that of David. Due to Indian activity, life on these farms was extremely dangerous and in one such raid, James, who was picking corn, was surrounded by several Indians. He threatened them with his rifle which caused them to run off. What the Indians did not know was that not only was the rifle unloaded, James had no ammunition with him.

On 3rd October, 1868 a band of Sioux Indians attacked the farms of the Solomon Valley. They wounded James Morgan, who was David’s neighbour and kidnapped his wife Anna. This so incensed David and his neighbours, a number of them, including David, later joined a rescue party under the command of the charismatic George Armstrong Custer, at this time Lieutenant Colonel of the famous 7th Cavalry and set off in pursuit of the Indians.   However, unknown to the rescue party, the Sioux Indians had sold Anna Morgan to a band of Cheyenne Indians and it was not until March 22nd 1869 that Custer and his party rescued Anna. She was traced in Oklahoma, northwest of the Wichita Mountains. In addition to Anna, the party rescued another white woman – Sarah White – who had also been kidnapped by the Indians.

David had another friend who is well known in American folk lore – James Butler “Wild Bill” Hickok, famous for his exploits whilst marshal in some of the toughest towns in the American west. In April 1871 Hickok was appointed marshal of Abilene, Kansas, a post he held for eight months. During this time David was also in Abilene and in later years he delighted in telling the story of the lengths the marshal, who was not the most popular person in Abilene, went to protect himself. It seems he believed if he spread newspaper on the floor of the room in which he slept, he would hear anyone approaching him and would then be able to defend himself. One evening, David was late in returning and knew Hickok would be in bed. Not wishing to be the target for a six gun, David approached the door and knocked cautiously calling out at the same time “It’s me Bill”. Hickok responded with a roar of laughter, shouting “come on in Dave, you old fool, I’d know it was you comin’ a half mile away.”  No doubt David was glad Hickok knew who his friends were!

After such an eventful start to life in America, David eventually settled on his farm near Delphos becoming a successful farmer and a well respected member of the community. An indication of his success as a farmer is found in an entry in the local Messenger newspaper dated June 1887 which states his farm is “as good as can be found in the State”.

Even in his later years David appears to have maintained his patriotic, fighting spirit. An example of this can be found in the situation which existed in Delphos during the First World War, where the population of the town was of mixed origin and included a number of German families. Whilst most of these families supported the American cause, others continued their allegiance to Germany and one young German was very audible in his support of his homeland. On hearing this David, who was by then in his late seventies, took exception and purchased a point 38 Colt revolver. He then made it quite clear to all and sundry he was prepared to shoot anyone who did not agree with his patriotic support of the American involvement in the War. Such was the high opinion the townspeople held of David it was later said that if he had indeed carried out his threat, a trial would not have taken place.

Bob Mortimer, David’s great nephew, proudly states David was well read, highly intelligent and loved to read Shakespeare and Burns. Another source describes him as having reddish hair with shaggy eyebrows. This source says he had a decided Scottish accent, was set in his beliefs and opinions, was always ready to do his part and was economical yet charitable and patriotic to the core. David was a life member of the St. Andrew Society of Kansas City and was also a member of the Masonic Lodge of Delphos. David did not marry.

Mention has already been made of David’s brother, James. He was a good piper and it was not unusual for him to be seen – and heard – parading around the Square in Delphos wearing his kilt and playing his bagpipes. This was too good an opportunity for the children of the town who marched behind him, no doubt making him feel like the Delphos version of the pied piper! In later years, James did return to his beloved Scotland to spend time with his relatives in Glamis as he, like David, never forgot his Scottish roots of which he was fiercely proud.

David Mortimer died on 23rd October 1925 aged 88. He is buried in the cemetery at Delphos. Mortimer Creek, about two miles north of Delphos is named after him and the Mortimer family still farm in that area.

David’s parents, Samuel Mortimer and Lillias Glenday remained in Glamis until their deaths and are buried in the old church yard.

This article was first published in the “Scottish Genealogist” magazine, Volume LIV.iii.125. The author is descended from Elizabeth Mortimer, who was David Mortimer’s aunt and acknowledges the assistance given by Bob Mortimer, Delphos, Kansas in the preparation of this article. 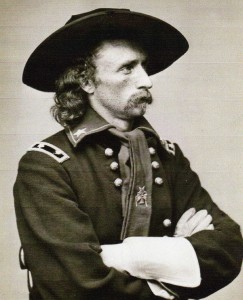 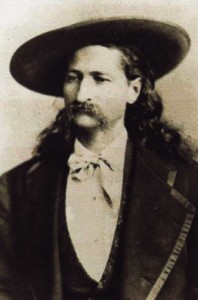