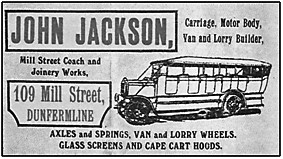 John Jackson was born in the hamlet of Shiresmill, near Blairhall, Fife, in 1885.  He founded a firm which, for 70 years, built high quality vehicle bodies in Dunfermline. On leaving school he served an apprenticeship as a joiner and wheelwright with Kilgour and Sons, St. Leonard’s Street, Dunfermline and, in 1908, he acquired small premises at High Beveridgewell, Dunfermline, where he founded his own business, initially concentrating on the wheelwright side of his profession.  He had little capital but had an abundance of enthusiasm and this, allied to his professionalism, saw him rapidly secure work covering all sections of coach-building. In the 1911 census, John and his wife, Margaret, who were married the previous year, are shown as residing at 12 Low Beveridgewell, Dunfermline. The business soon outgrew the High Beveridgewell workshop and a move to larger premises at 109 Mill Street, Dunfermline, saw the business continue to flourish. Mr Jackson had by then acquired a reputation as a highly proficient craftsman as he became increasingly involved in designing and building bodies for various types of horse-drawn and motorised forms of transport. The motor vehicles, by manufacturers such as Albion, Leyland, Dennis, Dodge, Reo, Morris and Commer, would be supplied in basic chassis form and John Jackson would design and build the cab and body to customer requirements. 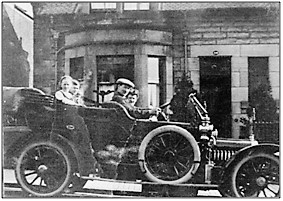 C.1924 – John and Margaret Jackson with their children John, Margaret and William

During the 1920s and 1930s many of the numerous private bus operators who plied routes throughout Fife and beyond engaged Jackson to build bus bodies for their vehicles.  Alan W. Brotchie’s excellent publication entitled ‘Fife’s Trams and Buses’ has many references to Jackson bodied buses throughout this period. Indeed, for a short time between 1926 and 1928, Mr Jackson entered the bus business himself by operating Saline Motor Services, a bus company which went into liquidation during the General Strike of 1926, and whose operation as a going concern was maintained by Jackson as part of his claim as a creditor of the company. In 1928, Saline Motor Services was disposed off to the Scottish General Omnibus Company who, at that time, were taking over many of the smaller Scottish bus companies. 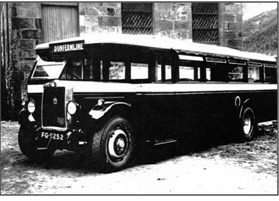 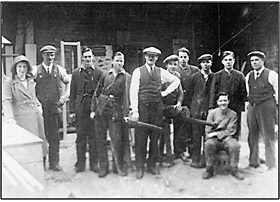 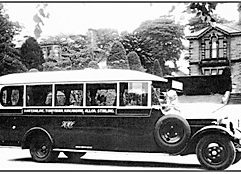 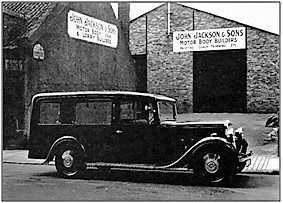 As business built up during the late 1920s, Mr Jackson was again faced with the problem of his premises being too small to cope with the volume of work produced.  One instance which highlighted this problem was the fact that the main doorway of the premises was not high enough to allow newly bodied buses to exit the building without first having their wheels removed then lowered onto their brake-drums and pushed outside whereupon the wheels would then be replaced. This problem was resolved in 1932 when an area of ground on the north side of Pittencrieff Street, (No. 128 – 138) was purchased and much larger premises, with doors of a suitable height, were built.  These premises had the added advantage of being situated immediately south of the Jackson family home in South Dewar Street.  By that time Mr Jackson’s two sons, John and William, had joined him in the business which, by then encompassed various trades such as coach-building, coach-painting, panel beating, upholstery and sign-writing. 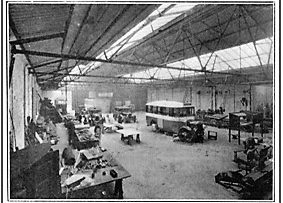 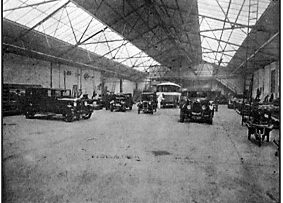 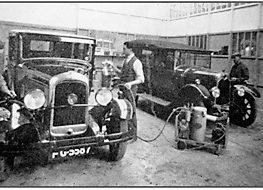 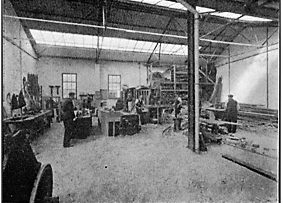 By the late 1930s most bus operators in the area had been taken over by the firm of Walter Alexander & Sons of Falkirk, who had their own coach-building facility.Cconsequently local demand for bus bodies tailed off.   However, Jackson’s reputation was such that they already held contracts with major companies such as the Albion Motor Company of Scotstoun, Glasgow, to build the bodywork of large numbers of commercial vehicles for customers throughout the U.K. 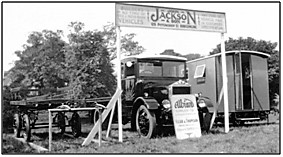 The onset of the Second World War saw Jackson lose many of their younger members of staff to the war effort. However, all was not lost as the firm was contracted by the Government War Department to convert large numbers of motor cars to pick-up type trucks, each equipped on either side with double tier, stretcher bearing, racks.   These vehicles were then transported to the Shetland Islands, for shipment to the battlefields of Europe, where they would be used to transport casualties to field hospitals. Another Government contract gained by Jackson during the war was to paint vehicles in desert camouflage for use by the Eighth Army. In the late 1940s, with hostilities ended and business slowly returning to normal, John Jnr. and William Jackson took on more responsibility in running the business with John designing and preparing the plans for the various projects and William assuming the role of workshop manager, overseeing the different trades.

The 1950s saw Jackson continue to diversify and move into the building of travelling shops and also large refrigerated vans for food wholesalers, such as Lawson of Dyce (originally a Dunfermline firm). This period also saw the company move heavily into motor vehicle accident damage repair work, and again the high standards which Mr Jackson Snr had insisted upon were evident in all vehicles leaving the works.

During the mid 1950s John Jackson Snr took more of a backseat from the business as he contemplated retirement. He did not forsake his profession altogether as he continued his hobby of hand carving shepherds’ crooks. These were a work of art and were much in demand, both in this country and abroad. Indeed, during the late 1950s, a crook made by Mr Jackson was presented by the Scottish Region of the British Wool Marketing Board to the world champion sheep-shearer in Australia. Sadly, in October, 1960, John Jackson Snr died in Dunfermline & West Fife Hospital, aged 75 years. 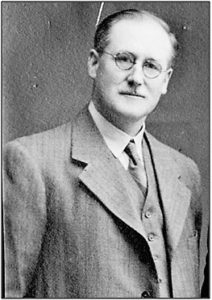 Around this time Jackson’s staff included:-

Most of the work undertaken by Jackson over the years was of the ‘one-off’ variety and this philosophy, whilst in it-self admirable, was not the way many competitors in the coach-building industry were going.   By the 1960s most of the larger coach-builders had adopted the assembly line approach, turning out many identical copies of the same model, thereby saving on overheads.   This was the situation when Dunfermline butcher, Tom Chisholm, ordered a new travelling shop from a coach-builder in the English Midlands.   The vehicle on offer had two windows fitted to the rear but Mr Chisholm only wanted one. This amendment to the production line caused much consternation to the extent that it cost an extra £200 to have one window. Had the vehicle been built by Jackson there is no doubt it would have been built, without question, to the customer’s specification, and probably at a much lesser cost.

One interesting project undertaken by Jackson in the early 1950s was the building of a shooting brake body on an R-Type Bentley for Mrs Kathleen Stewart, whose husband James Stewart, then owned Wellwood Brick Company. The bare Bentley chassis arrived at the Pittencrieff Street Works in September, 1952, from the Rolls Bentley factory at Crewe and the following May the finished article was ready for the road.   However, the vehicle could not be handed over to Mrs Stewart until Jackson’s workmanship had been thoroughly examined and approved by the Rolls Bentley Company.   Jimmy Allison, a coach-builder with Jackson from 1937, and who had undertaken most of the work on the vehicle, recalled the exacting examination undertaken by the Bentley team sent north from Crewe. This included a 50 mile road test which the vehicle passed with flying colours.  Testimony to the quality of the workmanship carried out by Jackson is that the Bentley remains in first class condition today (2016) and is regularly used by Alan Stewart, son of the late owner. In the early 1990s, the Bentley found television stardom when it featured regularly, as the Laird’s car, in BBC’s romantic 1950s drama series of ‘Strathblair’. 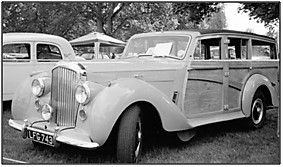 In August, 1978, with both John and William Jackson having reached retirement age and neither having family wishing to carry on the business, the decision was taken to cease trading. On 12th September, that year, a sale was held of Jackson’s machinery and stock, and the doors of Jackson the Coachbuilder closed for the last time.  The premises at Pittencrieff Street were not to be lost to the motor trade however, as the long established firm of Flear and Thomson, Motor Engineers, soon moved in as a result of losing its Upper Station Road premises to the new Kingsgate development.