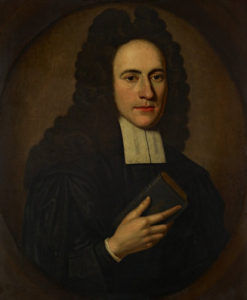 the story, much repeated, of the birth of Dunfermline’s Secessionist Minister, the Rev Ralph Erskine, taking place after the death of his mother?

Margaret Halcro was Orkney born and, on 1st September 1674, at the age of 27, she married the Rev Henry Erskine at Dryburgh, Berwickshire – she being his second wife.   A short time afterwards Margaret “died” and after being  kisted, was taken to the churchyard at Chirnside to be buried.   Later that same night, the person organising the burial, knowing she had been placed in the coffin wearing a ring on her finger, returned to the gravesite. He opened the coffin, which he had earlier partially covered with earth and attempted to remove the ring.   Unable to do so, he took his knife and began the process of amputating her finger.  Margaret, suddenly regaining consciousness, sat up in the coffin and screamed with pain. She, it is suggested, had been in a trance and very obviously not dead.   The man then exited the churchyard in a hurry leaving Margaret sitting in the coffin.   She eventually succeeded in scrambling out and made her way home, where she surprised her family with her dramatic return from the grave.   This incident occurred prior to the birth of her five children, including Ebenezer and Ralph, who could claim their mother “died” before they were born. 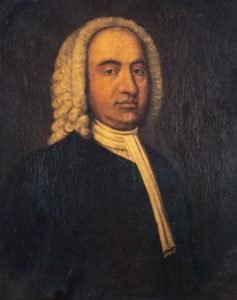 A final twist to the story is found in Erica Hunt’s booklet “Chirnside Past and Present” 2 She claims to “know” the ring in question, describing it as having a cluster of five large diamonds. She further states it was handed down from eldest daughter to eldest daughter and, at the time of writing, was in the possession of her cousin living in New Zealand.

However, one man who is convinced the story, as told by Hossack, is not true is James Tait, former editor of the Kelso Chronicle newspaper.  His opinion can be found in his “Two Centuries of Border Church Life” 3.   He bases his view on the fact that no evidence has been found which would give credence to the story, his argument being if such a dramatic event took place then surely a record of it would have appeared in the Erskine family papers and therefore “the story may be dismissed as without foundation”.   Just to complicate matters, Tait tells us that in the story told to him, it was Henry Erskine’s first wife who was the subject of burial before death, not Margaret Halcro!

So, did this event take place or is it simply a legend?   The honest answer is I do not know, so I leave it to the reader to decide. Having described this premature “death”, the question now arises concerning the details of her actual death. 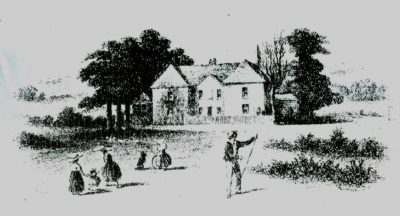 This took place on 11th January, 1725 at the Church Manse, Portmoak, Kinross-shire, the home of her son – and Ralph’s elder brother – the Rev. Ebenezer Erskine, who was then minister of that Parish.   She was 78 years old and had survived her husband by nearly 30 years.

Her grave is to be found in an old burial ground in the small Kinross-shire village of Scotlandwell in what is now an open area of land. Situated within a housing estate,  accessed via Friar Place,  it lies about 100yards south of the A911 Scotlandwell to Glenrothes road.  This ancient burial ground is known as Portmoak Chapel.   The grave-site, one of only three remaining in the burial ground, is protected by a metal fence, thus making it impossible to examine closely the two flat stones which are enclosed.   However, thanks to John Fowler Mitchell and Sheila Mitchell, who surveyed the site on 23rd October, 1966, 4 we do have a fairly good idea of what is inscribed on the stones. 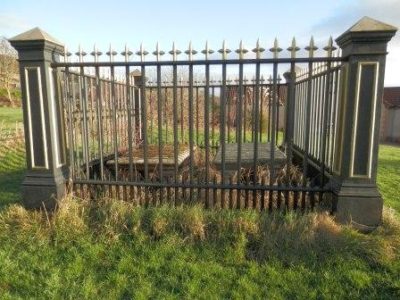 The Mitchells describe the site as follows – “a railed enclosure has two table stones; the railing is tall without a gate and I was unable to enter; number 5 was in consequence difficult to read completely.   Number 4 is the northernmost and number 5 the other”.   These numbers refer to the numbering system used by the Mitchells in the Monumental Inscriptions relating to Portmoak Chapel.

Under Number 4, we find the following – “(in latin) Margt Halcro of the ancient and illustrious house of Halcro in Orkney prognatae quondam (rough translation – previous partner) rev. Henry Erskine minister of Chirnside married 30y, d. 11.1.1725, 78; by rev. Ebenezer E. to his parents min of Portmoak and mr Rodolph E. “fermilodunensis” (early Latin for Dunfermline) put up this monument”.

Under Number 5, we find as follows – “here lies the valuable dust of Alison Turpie spouse to Ebenezer Erskine min of the gospel in Portmoak who departed to Christ when she had born ten chn four of which here buried with her 18 (?) August, age 39y”.    There then follows the names of the four children – Henrie, Alexander, Ralph and Isabel – but it should be noted the Mitchells obviously found the details of the inscriptions relating to Alison Turpie and her children difficult to read as they are incomplete. 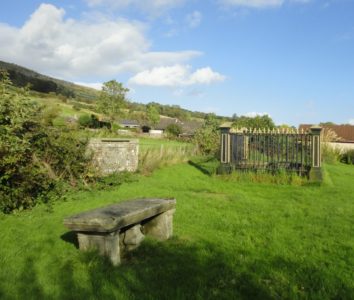 The Mitchells also describe a stone they found at the burial ground – not a gravestone – on which was stated – “This stone marks the site of an ancient place of worship and of a hospital and chapel erected by Bishop Malvoisin and consecrated by Bishop De Bernham, 2nd October, 1244 as the ecclesia hospitalis de Fonte Scotiae:   In this old burial ground, Mr Ebenezer Erskine laid the remains of his mother, wife and four children while minister of Portmoak 1703 to 1731”.    The Mitchells noted this stone as number one on their numbering system for the burial site.   Numbers two to five refer to three burial sites, those at numbers four and five being those of Margaret Halcro and Alison Turpie and her four children.   The Bishops referred to were successive Bishops of St Andrews.

The reason there are so few burial sites at Portmoak Chapel burial ground is explained by the Society of Antiquaries in their Proceedings dated 1862 where it is stated – “Church of Portmoak – the old chapel at Scotlandwell was entirely taken down and only three of the old monuments remain in the graveyard, the others having been removed to the modern burial ground surrounding the new parish church about half a mile distant, first used in 1722”.

During a recent visit to the burial site, I made an examination of the table stones within the railed enclosure.   As stated previously this was difficult as access to them is not possible, there being no gate provided, but I could see there was an illegible inscription on the stone referred to by the Mitchell’s as number five, whilst that described by them at number four I found to be completely covered by moss, making any wording totally unreadable.   This latter stone marks the grave of Margaret Halcro.   The stone giving the history of the site and numbered one by the Mitchells is built into a little wall situated to the rear of the railed enclosure.

Whilst researching this article, I sought the assistance of Professor David Munro of Kinross Historical Society.   This was much appreciated by me.

Thanks also to Geena Riley of Duns Library who provided me with the information concerning the diamond ring as described in Erica Hunt’s booklet.